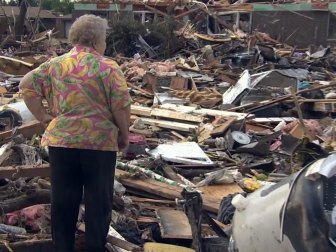 Our hearts were breaking on Monday as horrific images of Moore, Oklahoma began to come in from one of the worst tornadoes in history. The physical devastation was mind-numbing. The unimaginable agony of parents whose children were missing was gut-wrenching. The warnings had sounded, the people of Moore did the right things to take shelter, and yet that wasn’t enough. The fury of the storm was beyond imagination.

For me and for so many I talked to and for so many interviewed on television, the overwhelming sensation was one of helplessness. But for the public servants of Moore, and the area communities there was not time to feel helpless. It was time to act. 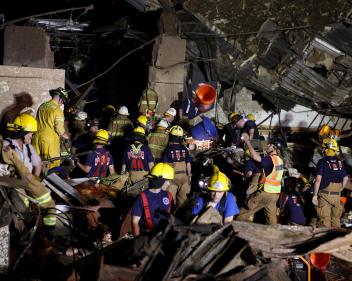 I don’t know anything specific about who did what in Moore, but I do know all of those things happened. I know it because it is what public servants do day in and day out. The media tend to only care about the visuals of the flashing lights of police and fire. But the reality is that when disaster strikes, the entire city organization kicks into crisis management mode and everyone knows their job and begins to act with urgency and unity of purpose.

My heart is still breaking for the families whose lives have been devastated in Moore. But I am inspired by the quiet heroism of the public servants who no one sees interviewed on television… who no one knows their name… who no one notices as they work hour after hour late into the night to restore basic public services… who everyone takes for granted… and who place service to their citizens above their own safety, comfort, and needs.

My belief in the nobility of public service is sustained by the actions of these quiet heroes.

The City of Wilmer, TX, seeks applicants for their next Finance Manager. This position coordinates the day-to-day activities and operations of the City’s finance functions, including accounting, budget, debt management, and more. Applicants should have a degree in Accounting, finance, or a related field, at least 5 years of increasingly responsible experience in accounting, and at least 2 years of municipal accounting experience. Learn more and apply: http://ow.ly/X1fe50GrJzX
The City of Levelland, TX seeks applicants with at least 7 years of experience as an assistant/deputy city manager or at least 5 years as a city manager for their next City Manager. ICCMA/TCPM credentials preferred.
The City of Gun Barrel City Economic Development Corporation (TX) seeks applicants with a degree in public administration, business, marketing, planning, or related and least 2 years of experience as an Executive Director for their next Executive Director. Other combinations of experience, including military experience, may be considered instead of a degree.
The City of Fate, TX, seeks applicants for their next Deputy City Secretary. This position provides complex administrative and clerical assistance to the City Secretary’s Office. Candidates should have an Associates’ degree, at least 3 years of relevant experience, and possession of, or the ability to obtain, both a Texas Municipal Clerks Certification and a Notary Public License. Learn more about this opportunity and apply! http://ow.ly/neaW50GpF94
The Town of Addison, TX, seeks a Network Specialist to oversee their desktop and mobile technologies, public safety applications, and all necessary infrastructure to meet the Town’s business and operating objectives. Applicants should have a degree in Computer Information Systems, Information Technology or a related field and 2+ years of IT experience. http://ow.ly/xjs750Go21O
The City of Eagle Pass, TX seeks applicants with at least 5 years of experience as a law enforcement officer and an intermediate TCOLE certification for their next Police Chief.