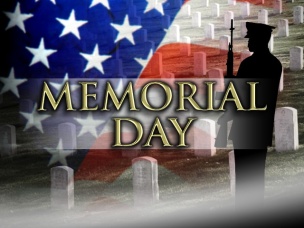 Today is Memorial Day, which should be one of the most sacred and reflective days for all Americans, but especially those who lead others. On Memorial Day, we remember those who sacrificed their lives for our country. They gave all they could give.

One of my own uncles, Alton Mowery, died in the Philippines during WWII. He was in the infamous “Bataan Death March” and died later in a prison camp. If you’ve read the book Ghost Soldiers, you’ve read his story, although he’s not mentioned by name.

My grandmother, Alton’s mother, never visited his grave in the Philippines, but every Memorial Day—and I do mean EVERY Memorial Day—she led her family to solemnly honor his sacrifice. It made an impression on me as a young boy, although it wasn’t all that exciting, as I recall.

That’s why today seems like a great time to look at leadership from the military’s perspective. The U.S. Army has a clear leadership philosophy that forms the foundation for how they train, develop, and guide their leaders. They define leadership as “influencing people by providing purpose, direction, and motivation while operating to accomplish the mission and improving the organization.”

This philosophy is expressed through what’s referred to as: “Be, Know, Do!”

Today we enjoy the privilege of freedom because of the sacrifice of tens of thousands of people through the years. One of the best ways to honor them is to continue to make this a country worth sacrificing for. Let’s take the time to honor their sacrifice. And then, let’s make the most of the opportunities that their sacrifices provided by becoming the best leaders we can possibly be.