I recently facilitated a city council retreat to set goals and priorities leading into their budget process. One council member strongly advocated for “the lowest tax rate in the region.” The Mayor responded with an incredibly thoughtful and wise explanation regarding the need to link tax rate decisions to both current and future needs (such as aging infrastructure) and that a tax rate should not be an end in and of itself, but a means to accomplish the policy goals of the council and the quality of life goals of the community.

This wise Mayor understood that the tax rate is an important part of the equation to be deliberated, but just one part. A one dimensional focus on the tax rate empowers bad decision making. It is like awarding the cheapest bid for new police cars, but ignoring that the cars included in the lowest bid did not include engines.

The budget is not a financial document so much as a policy document which has financial implications. And the tax rate provides the means to implement the policy decisions of the elected officials… but it should not be an end in and of itself.

A one dimensional obsession with the tax rate, unaccompanied by an understanding that it has a direct impact on the type and quality of services delivered reminds me of the little boy visiting his grandfather who was an avid baseball fan. They were watching the game together when the doorbell rang. The grandfather got up and asked the boy to watch the game and tell him what happened when he got back. When the grandfather returned, he asked what the score was. “Five to four” the boy replied. “In whose favor?” he asked. The boy thought a moment and replied “The fives.”

When the only question is “do we have the lowest tax rate?” the answer is like the little boy who knew the score but not what the numbers really meant. An effective budget process helps the governing body ask the right series of questions to understand underlying implications and in so doing advance their policy goals:

Asking the right questions in the right order equips governing bodies to engage in more sensible budget deliberations to set tax rates that ensure both fiscal responsibility and a vibrant and healthy future. 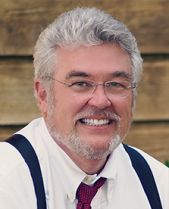 The @cityoffate is seeking a Public Engagement Coordinator. This position is responsible for the planning, drafting and disseminating of comprehensive public information regarding City initiatives, programs and policies, promoting effective media relations, managing City social media, and marketing campaigns pertaining to programs sponsored by the City of Fate. A bachelor's degree in Marketing, Public Relations, Journalism, English or a related field and at least 3 years of related experience in community engagement, marketing, or journalism is required. Public sector experience preferred.
The City of Blaine, WA seeks applicants with technical knowledge, academic training, management expertise, and dedication to public service to be the next City Manager. This position requires a bachelor’s degree from an accredited college or university in public administration, business administration, or a related field with a master’s degree in business management or public administration preferred. Candidates should also have at least five years of management experience in local government, budgeting, fiscal management, and supervision.
SGR is seeking candidates with extensive knowledge of website management, analytics, design, and SEO best practices and standards, and who are excited about becoming contributing members of our exceptional team for our new Webmaster. The chosen candidate will be highly collaborative and a self-starter who possesses exceptional multitasking, organizational, and communication skills and excellent attention to detail.
The @cityoflacey seeks a seasoned, strategic, and experienced Human Resources executive with a bachelor’s degree in human resources, public or business administration, political science, communications, or related field to be the next Human Resources Director. A minimum of eight years of progressively responsible human resources experience, including three years at the supervisory or management level, is required for this position.
The Town of Trophy Club is seeking a skilled and strategy-minded municipal finance leader with excellent communication skills to be the next Finance Director. This position requires a bachelor’s degree in finance, business, or a related field with a master’s degree preferred. Candidates should also have five to seven years of experience in municipal finance administration, and status as a Certified Public Accountant.
@historicmontgomerytexas seeks applicants with a bachelor’s degree in public administration, business administration, finance, or a related field to be the next City Administrator. Five years of progressively responsible experience in public administration, including three in city management, is required for this position.